Ouch! The field is empty.
Home  >  Campaigns   >   How to stop an Email Campaign delivery

You’d reviewed every shipment detail and you were sure that you’d done everything correctly. You’ve clicked on “Send Campaign” and… you noticed something was missing! A link that doesn’t work, a spelling mistake or an incorrect image are things that could happen. To err is human.

What to do? Doppler allows you to stop an Email Campaign delivery in progress in order to avoid reaching the recipients.

Once you’d clicked on “Send Campaign” this will appear in “Scheduled Campaigns”, there you’ll see a “Stop Delivery” button next to the Campaign name, as you can see in the image below.

By clicking on “Stop Delivery” you’ll see a message asking you if you are sure about to stop your Campaign delivery. 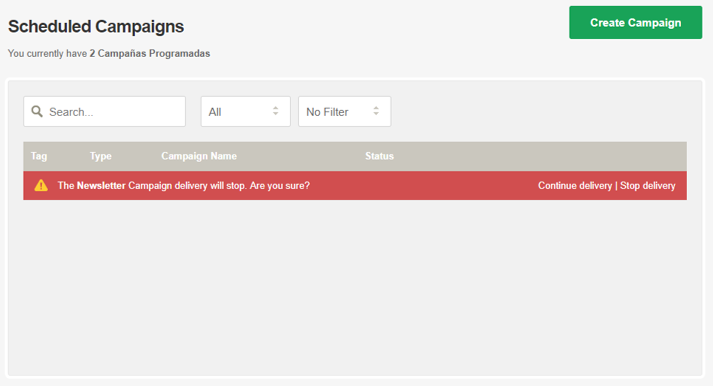 If you are, choose the option “Stop Delivery”. The delivery will stop, although there is a little detail you have to keep in mind: some of the recipients could already receive the Campaign before you click Stop delivery. Therefore, the following message will appear: 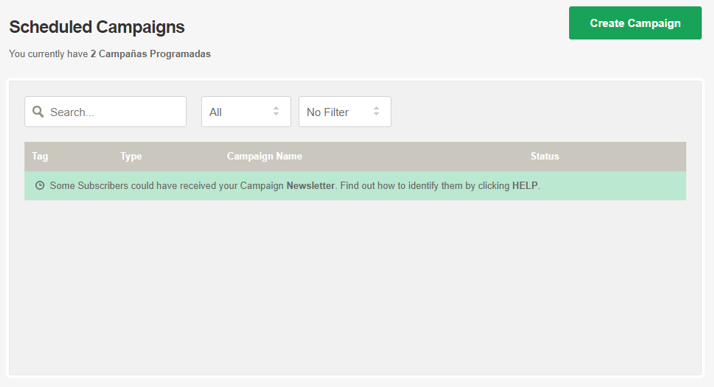 The Emails that were finally sent will be posted in your account and will impact the credits / Emails sent.

After stopping the delivery, it will appear in the “Sent” Campaigns section. You can look for it there and replicate it to modify it later.

How to proceed after stopping an Email Campaign delivery?

That’s it! We hope this feature be really useful for you.