What are Soft and Hard Bounces?

If you have accessed Doppler’s Reports section, you know that’s where you can see Open, Unopened and Bounced Rates, as shown on the following image:

You can even see which of your Subscribers (name by name) have opened your Emails or not!  You just need to click on ‘See In Detail’, next to Deliverability Rate and you will automatically see what we are talking about.

Would you like to understand better the different kind of bounces your Campaigns may have? Keep reading!

This kind of bounces are the ones that won’t allow your Emails to get to your Subscriber’s Inbox. This could happen either because of an error or a non permanent situation that could be reversed in time.

If Doppler were to come up to a Soft Bounce, it would retry up to five times to achieve sending before giving it up and declaring it as definitively bounced.

– Email Rejected: The sent Email returns to Doppler’s shipping system. In most of the cases, this is due to non existing email addresses or full inboxes that make it impossible for our Emails to come to destination.

– Invalid: This kind of bounce happens when the internal destination server doesn’t respond to the connection.

– SMTP MX Not Found: Not found on the DNS register. In this cases it’s possible that the domain does not exist or the DNS has not been actualized.

– Timeout: It happens when the connection has took longer than 60 seconds in being achieved.

– Transaction Error: Doppler is unable to set connection or destination server won’t allow it for some reason.

Those last two might sound tricky, but basically what happens is that Doppler is trying to set a connection that is not accepted by the destination server.

Hard bounces are much more severe than the Soft ones. And that’s not surprising at all… they aren’t called like that for no reason, right?

This kind of Bounces happen when Doppler’s getting a definitive answer from the destination server, indicating that the Email can’t and won’t be sent to that mailbox.

Hard Bounces tend to happen because:

– The domain name does not exist.

– The recipient’s Email server has completely blocked the delivery.

– The server is blocking the Email because it contains an attachment.

– The receiving account is blocking Emails from your server.

– The receiving server considers spammer to your domain.

– The server considers the content of the message to be Spam.

In either of this cases, the app won’t try to resend the Emails and will automatically consider them as Hard Bounced.

If you don’t have your Doppler account yet, create one now and start optimizing and measuring your shipments simply and effectively. Make sure you reach all your Subscribers with your next Email Marketing actions! 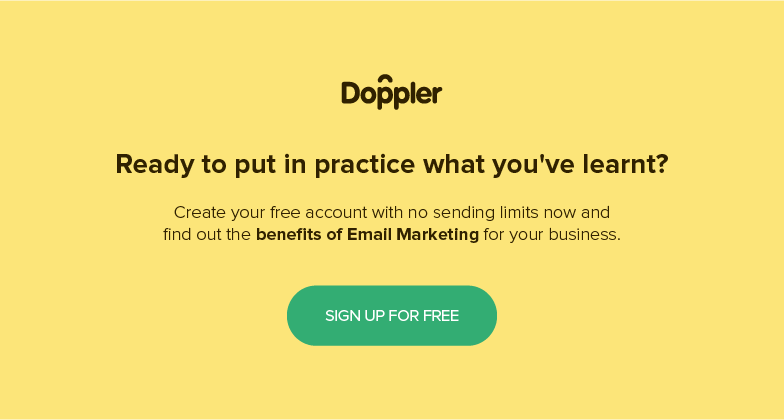